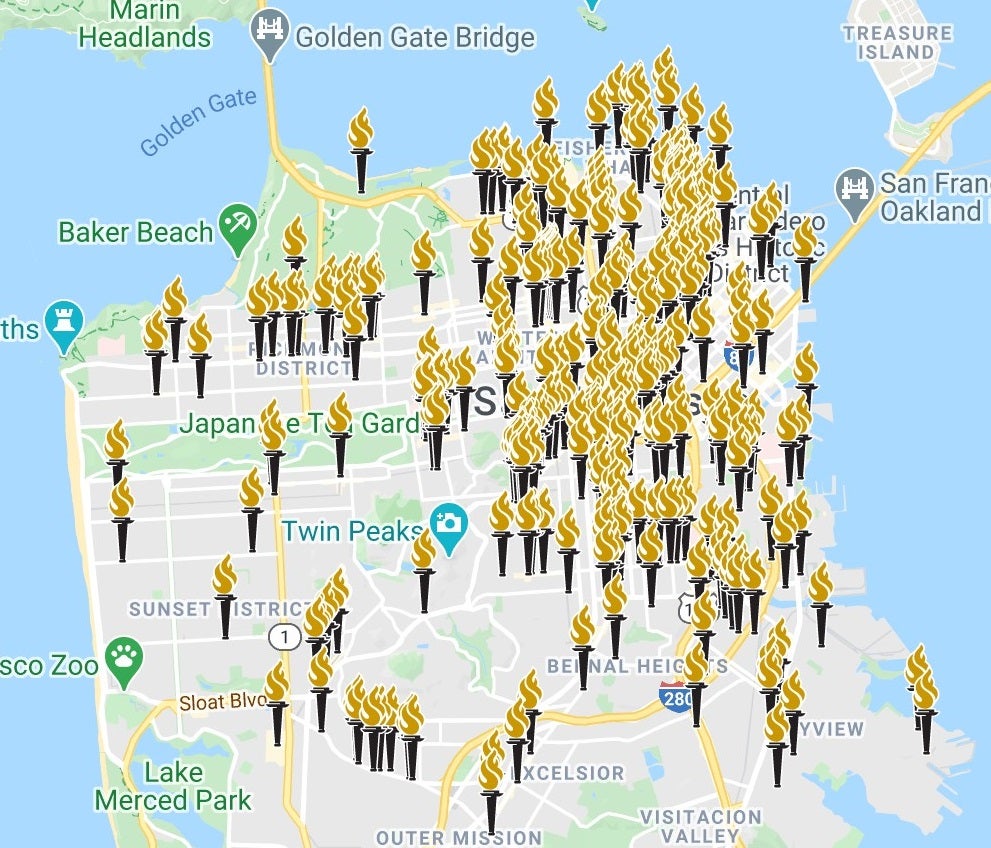 San Francisco is a world-class city known for its distinctive neighborhoods and numerous independent, locally-owned businesses. Our neighborhood commercial establishments – including retailers, restaurants, bars, manufacturers, service providers and more – are the places that give the city its character. They’re the bedrock of our communities and a draw for tourists from around the world. Preserving our longstanding businesses is critical to maintaining that which makes San Francisco a special place.

In 2013, San Francisco Heritage launched “Legacy Bars and Restaurants,” a groundbreaking initiative that invited users to experience the history of some of San Francisco’s most legendary eateries, watering holes, dives and haunts. The online guide was the first of its kind to celebrate iconic establishments that contribute to the culture, character and lore of San Francisco.

San Francisco Heritage inducted 100 restaurants and bars, located throughout the city, into the initiative. These businesses had achieved longevity of 40 years or more, possessed distinctive architecture or interior design and/or contributed to a sense of history in the surrounding neighborhood.

Threats to local institutions underscored the need to develop new strategies for protecting places with intangible cultural significance. “Legacy Bars and Restaurants” was the first step in documenting the city’s vast commercial heritage and promoting businesses that did not necessarily qualify for formal historic designation.

A 2014 report by the City’s Budget and Legislative Analyst’s Office showed the closure of small businesses had reached record numbers in San Francisco. Commercial rents in most neighborhoods had risen significantly. The report drew connections between the city’s high level of commercial evictions and skyrocketing rents. While rent control laws shield many residents from exorbitant rent hikes, no such laws exist for businesses. State law does not allow restrictions on commercial leases. An alternative effort to assist the city’s longstanding businesses was needed.

Inspired by programs in cities such as Buenos Aires, Barcelona and London, Supervisor David Campos proposed legislation and a ballot proposition that would become the Legacy Business Program. It was introduced in two phases.

Phase one, which unanimously passed the Board of Supervisors in March 2015, created the San Francisco Legacy Business Registry. The registry is open to businesses that are 30 years or older, have been nominated by a member of the Board of Supervisors or Mayor and, in a hearing before the Small Business Commission, prove they have made a significant impact on the history or culture of their neighborhood. Only 300 business can be nominated annually, and all applicants must agree to maintain the historical name and essential business operations, physical features, craft and traditions of their businesses. The legislation is directly inspired by, and builds upon, San Francisco Heritage’s Legacy Bars & Restaurants.

Phase two asked voters to create the Legacy Business Historic Preservation Fund, first-of-its-kind legislation that would provide grants to both Legacy Business owners and property owners who agree to lease extensions with Legacy Business tenants, pending availability of funds. It was the first legislation in the nation to recognize notable small businesses as historic assets and incentivize their preservation. Proposition J was placed on the November 2015 ballot and was approved by voters with 56.97% in favor and 43.03% opposed.

How to Apply for the Legacy Business Program Registry

Are you the owner of a business that has operated in San Francisco for 30 or more years? Does your business contribute to the neighborhood's history and/or the identity of a particular neighborhood or community? Are you committed to maintaining the physical features or traditions that define your business, including craft, culinary, or art forms (e.g., business model)? If so, you could be eligible for inclusion on the Legacy Business Registry.